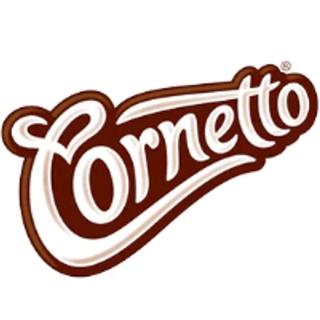 Cornetto, first produced in 1976 in Italy, has since risen to become one of Unilever’s Ice Cream power Brands worldwide. Cornetto was introduced in Pakistan in 1995.

Known for its unique chocolate tip trademark, Cornetto has been for decades one the world's most famous and popular ice-creams. Cornetto's soft creamy core, crunchy wafer, and delicious chocolate ending make it an existing journey of tastes and textures from the first bite to the last. Cornetto was born in 1959, when Spica, an Italian ice-cream manufacturer based in Naples, came up with a groundbreaking innovation: to create the world's first packaged ice cream cone by insulating the wafer from the ice-cream with a special coating of chocolate.

The Cornetto experience consists of a delicious, crispy-baked wafer, coated inside from top to bottom with a chocolate layer, with rich creamy frozen dessert inside, and topped off with sauce and chocolate chips, with a crunchy chocolate plug at the wafer cone from top to end of the product finishing the experience on a delicious high note.

Cornetto cones were first produced in 1976 in Naples by an Italian ice-cream manufacturer, Spica. From the time Unilever bought Spica and began to market the product throughout Europe Cornetto has been one of Wall’s biggest power brands across numerous countries world-wide. Cornetto is one of the first Brands that were introduced on Wall’s launch in Pakistan. Cornetto is not only available in traditional Vanilla, Chocolate, Strawberry flavors but has also been available in Caramel, Cappuccino and supplementary flavor variations.

Cornetto has been promoting local music in Pakistan for years, partnering with Noori, Jal and Call to name a few. In 2013 Cornetto launched “Cornetto Music Icons” a music show where past and present stars of the music industry provided mentoring to promising new talent.

Cornetto seeks to continuously enthrall consumers with new flavors and keeps them engaged through larger than life campaigns, culminating with the launch of Fruity Yo, a frozen yoghurt and blueberry flavoured variant, in 2012 and Black & White, a mixed white chocolate and dark chocolate flavored variant, in 2013.

If you have any questions or comments about Cornetto, please visit our contact page.