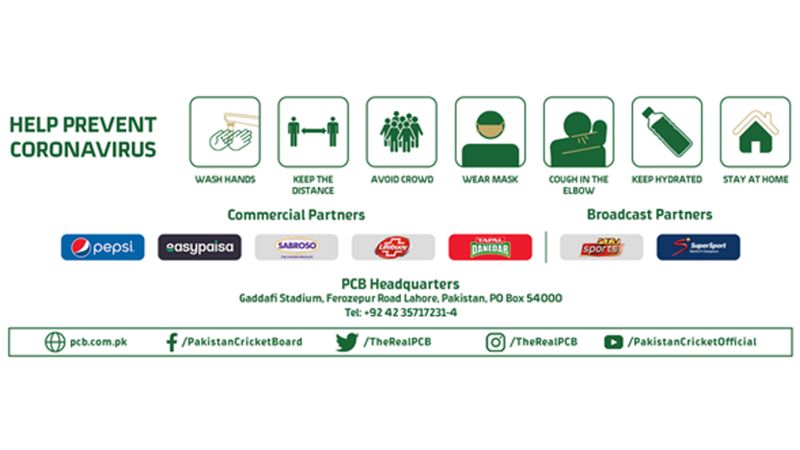 Lifebuoy has become the official hygiene partner of the Pakistan men’s national cricket team with the announcement of a one-year agreement at the National Stadium Karachi on Tuesday (today).

As a result of this historic agreement, the PCB and Lifebuoy will partner for Pakistan men’s team’s home assignments during the one-year period and for year-long content and activations aimed at enhancing awareness around hygiene.

During the agreement period, Pakistan will host South Africa, England, New Zealand and the West Indies in what promises to be a thrilling and exciting year for international cricket in the country.

The venue will host the first Pakistan-South Africa Test which starts from January 26 on what is the first visit by the Proteas to Pakistan in more than 13 years.

Previously, the PCB and Lifebuoy had partnered successfully on a short-term basis with exciting content creation aimed at enhancing hygiene awareness. The success of that campaign during the team’s tour of England has now translated into a year-long partnership between the two.

“Over the course of the next 12 months, Pakistan is set to host top-class international cricket besides the ongoing historic trip from South Africa. England, West Indies and New Zealand are all scheduled to visit the country for what promises to be an extremely exciting year of cricket that will capture the imagination of the nation.

“This partnership will be a great boost to both Lifebuoy and PCB and we are together looking forward to a great year.”

Director Beauty and Personal Care, Unilever Pakistan Asima Haq: “Covid-19 has reaffirmed the importance of hygiene for our health and wellbeing. Lifebuoy, since its inception has stood for preventing infections and saving lives through hand washing.

“In line with this mission of promoting good hand hygiene, we are partnering with the Pakistan Cricket Board to ensure that both clean hands and cricket can remain an integral part of the lives of Pakistanis. Together, we aim to create awareness on good hygiene behaviours.”

The PCB operates through its own Constitution, generates its revenues, which are reinvested in the development of cricket. It receives no grants, funds or monies from either the Federal or Provincial Governments, the Consolidated Funds or the Public Exchequer.

The PCB’s mission is to inspire and unify the nation by channelising the passion of the youth, through its winning teams and by providing equal playing opportunities to all.

Over the next five years, the PCB will be focusing on six key priority areas that include establishing sustainable corporate governance, delivering world-class international teams, developing a grassroots and pathways framework, inspiring generations through our women’s game, growing and diversifying commercial revenue streams, and enhancing the global image of Pakistan.

The PCB also remains committed to developing ground and facility cricket infrastructure, monitoring the implementation of playing codes and regulations, and supporting the game at every level through its high quality training provision for officials and coaches.